Many of us will have memories of going to the river to feed the ducks as children. It might seem apt then, that Rose Wylie’s current exhibition at the Serpentine Sackler in the middle of Hyde Park, and a stone’s throw from the Serpentine River, has been titled Quack Quack. Rose Wylie received her MA […] 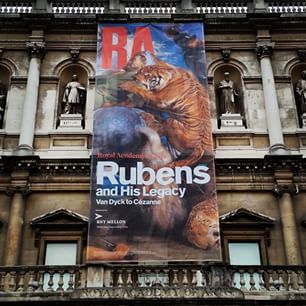 The first essay I ever wrote as an undergraduate History of Art student was about Rubens’s Peace and War (1629-30, National Gallery). While most of the art that I choose to study and write about now is starkly different to the Flemish master – I currently study the contemporary art of Asia and Africa – […]

Political cartoons are not uncommon across newspaper’s today. They are humorous and often have the courage to visually express what everyone is thinking but doesn’t really want to openly admit. Honore Daumier was a French artist who is most famous for his prints of this nature in the 19th century. These are now on display […]