I recently made a late night trip to Tate Modern. My list of things to see was probably half a mile long. The whole museum has been completely re-hung and one probably needs a week to explore it all fully. The display, which impressed me most however, is the current retrospective of late Indian artist […]

The Tate’s incumbent blockbuster exhibition is about Matisse. However, running concurrently is a retrospective of the art of Russian artist Malevich that really ought to have just as much attention from gallery goers. Kazimir Malevich was born in Kiev, whilst an administrative division of the Russian Empire in 1879. He founded the suprematist movement around […]

Richard Hamilton is the first artist that tends to come to mind when they think about British Pop. Just what is it that makes today’s homes so different, so appealing? His collage from 1957 is probably just as well known as Warhol’s prints and Lichtenstein’s graphic comic like images from 1960s New York. Now, his […]

Benday dots, heavy black outlines and primary colours. The Tate Modern has been taken over by an impressive retrospective of Roy Lichtenstein’s work which will have you yearning for your childhood comic books . The show documents the artists career from its very beginnings explaining his break away from abstract expressionism to the cartoon imagery […]

When I first heard about an exhibition at the Tate Britain comparing British artists with Picasso I thought it was a strange idea. Of course Picasso had a great impact on many, yet why these artists in particular? The British seven – comprising of Francis Bacon, Duncan Grant, David Hockney, Wyndham Lewis, Henry Moore, Ben […] 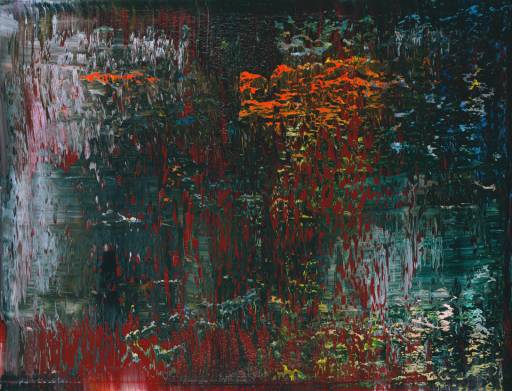 A panorama is a view over a wide area or of changing events. This is exactly what the curators of ‘Panorama – Gerhard Richter’ at the Tate Modern have shown us. Richter was born in Dresden, East Germany and located to the West in the 1960s. His style continuously changes and the exhibition is a […]

END_OF_DOCUMENT_TOKEN_TO_BE_REPLACED

Wearing Rahel Guiragossian, who uses her brother Marc’s paintings as prints for her work 💫 Shot by Amira Hasan ✨