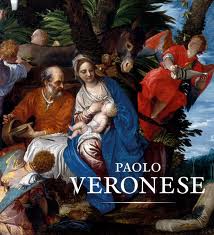 Verona is famous for Romeo and Juliet and its Roman ruins. 60 miles to the east, is Venice, the city that produced such artists as Bellini, Canaletto and Titian. In 1553 at the age of 25, Paolo Caliari from Verona moved to Venice and acquired the nickname Veronese and now a monographic show of 50 […]

This past year has been a difficult one for me and unfortunately it has meant that my blog has not received as much love and attention as it deserves and I have been unable to visit as many exhibitions as I would have liked. However, by the end of Summer things started to improve and […]

Titian is widely considered to be one of the greatest painters of the 16th century. Not only is the artist greatly respected today, but he also had great success during his own lifetime. Today, one of his earliest works from when he was just a teenager, The Flight Into Egypt, is on view at the […]