In this episode of the Gallery Girl podcast we speak to Roisin Tapponi, founder of Habibi Collective, a platform that celebrates films made by women from, in and around the Middle East and North Africa. We talk about why she started Habibi Collective, creating a community through film and the move from the digital to an IRL space.

Still from The Silences of the Palace (1994), dir Moufida Tlati

Tapponi founded Habibi Collective as an Instagram account in July 2018, since then it has grown to host its own exhibitions, screenings and panel discussions. Irish-Iraqi, she grew up in rural Ireland and started watching films because she “didn’t have much to do.” But after realising that she wasn’t watching female Arab filmmakers, she began consciously researching films made by Arab women. “Habibi Collective started as a digital archive”, she explains, “I started uploading stills films that I’d watched with brief summaries and interesting observations.”

“My particular interest is in essay film and moving image…the disparity between men and women that could be seen in society is literally reflected in cultural production”, says Tapponi, explaining that initially women often didn’t have the same resources as men, “There are a lot of women making films on low budgets, not for consumption, but for themselves, to see themselves represented.”

Recently, Habibi Collective has moved from offline to physical spaces. “Community is really important, both online and in physical screenings”, says Tapponi, who has chaired discussions, and curated exhibitions and screenings, “Although the focus is on the MENA region, most of the people who interact are from the diaspora, and it’s like these films function as cultural memory and artefacts.” And, when it comes to the screenings she is involved with, she insists that all filmmakers are paid for their work. 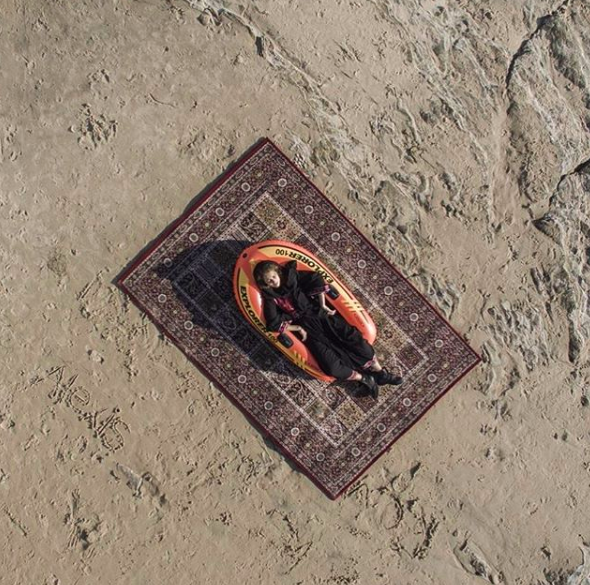 Tapponi personally has a bank of 300 films, and is also in constant discussion with artists and filmmakers. She also looks at major film festivals to see if she can find any films, and is now looking to create a platform to show the films that she shares. “I think an online streaming service will be really valuable”, she explains, “People will use it to watch films but also for academic purposes too.” In addition, she’s curating the film programme for an exhibition called Taking Shape: Abstraction from the Arab World, 1950s – 1980s at the Block Museum of Art at Northwestern University in Illinois, USA. The project involves working with 19 artists, which will hopefully take place once social distancing restrictions lessen.