“Art” does not always appear on walls. In fact, for the grand majority of “artists”, their “artworks” are not displayed on gallery walls or on plinths inside grand institutions until they have struggled through many years of working to establish themselves as “artists.” At this point, you might ask yourself what constitutes an “artist”? Must they use a paintbrush? Or can they use a camera, fabric, clay, make-up, musical instruments, or whatever other means they choose to make this “art.” Before “artists” begin to make appearances with their work inside galleries – and indeed some never do exhibit publicly, or even consciously make the decision not to – many “artists” get their start on paper, on the pages of magazines, allowing their work to be seen in a tactile, portable version of what might in reality be significantly larger. One such magazine is Twin, a biannual London-based publication that combines art and fashion behind a glossy hardback exterior. Now, after ten years and around two dozen issues, the team behind Twin is exhibiting some of their favourite features – as well as behind the scenes images – to celebrate a decade of publishing. 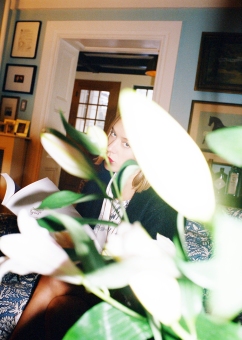 Curatorially, Smith made the initial edits, but the final image selection was made through a collaborative and democratic process. “Everyone tended to like the same work”, explains Smith, adding, “The hardest bit was getting images large enough as the scale was a big factor in the space.” The venue – The Store X – is a prime space in central London, with large walls and high ceilings, proving a generous exhibition venue. That said, the paper quality and framing had to be perfect. “Making sure the quality was 100% was a slow and precise process”, explains Smith, whose extra-large images include photographs of Chloe Sevigny and Gia Coppola. 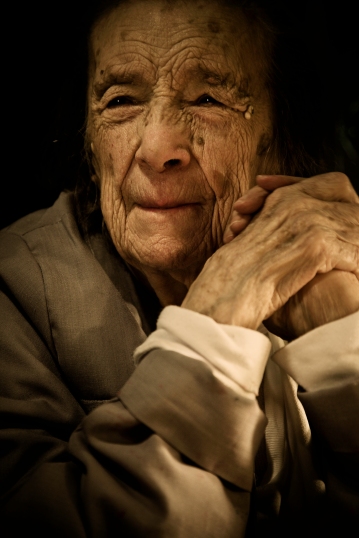 Twin X combines art, fashion and photography, consisting of a series of specially commissioned editorial images that focus on independence and individualism. As a bonus, the exhibition’s Unseen section features never-before-seen outtake images from Twin’s photographic archive. Speaking to Brown about the future of print magazine publishing, she explains that the care given to Twin proves that print magazines are not in danger of expiration. “Some monthly/weekly magazines might be dying but making something to cherish and keep will always be needed”, she explains, “We work in both digital and print…hence Twin Studio – [Twin’s sister company, a London-based agency that delivers engaging content for fashion and art-driven brands] – has now been set up to facilitate other work and projects that sit nicely alongside a magazine.”

Being published in an affordable format, the photographers, designers and artists featured in Twin can be bought and consumed by a wide visually oriented audience. The show at The Store lifts these images from the page, transforming them into a larger format of the “art”, dazzling its viewers on a grander scale. “[In the next decade Twin will be] bigger and better hopefully”, Smith says, “The magazine is now over 300 pages of pure content without advertising. We have been slowly growing and just to survive in this climate we should be thankful because it’s quite a tough game.” While it must certainly be tough to sustain a print publication, with the faces of Alek Wek, Guinevere van Seenus and Doutzen Kroes splashed across its pages; it is unlikely that Twin will struggle in its next chapter.

Twin’s London show proves that “art” which begins on paper – and in magazine format – is just as at home on the walls of a large exhibition venue as it is on a coffee table.