Being a native English speaker in the art world is something many of us take for granted. At fairs, openings and screenings across the globe, the presentations and supporting text is nearly always in English. On the odd occasion that it isn’t, it will almost undoubtedly be translated or interpreted for Anglophone viewers, but why? The art world exists beyond the borders of English-speaking countries, and with technology facilitating its reach to ever more inclusive audiences; a mono-linguistic approach to the art world is restricting its potential to thrive. Contemporary art centres like Venice, Dubai, Basel and Hong Kong are all cities that speak an array of languages, so how do they cope? The answer is in an often overlooked, but crucial contribution to the seemingly glamorous world of private views, gala dinners and glitter: translation.

I first ran into language related art world difficulties when trying to communicate with a framer in Armenia. Subsequently, I have muddled through interviews and conference calls where dozens of participants are speaking stilted English for the benefit of one or two colleagues. In these situations – which occur often – it usually seems that the majority is going the extra mile for the minority participants who can only communicate in one language (invariably that language is English). I have an A Level in French, and my Russian is so good – at least I think so anyway – that I can formally invite someone to waltz. Despite my linguistic prowess however, in both of these languages I would struggle to advance my vocabulary beyond the simple words “gallery”, “museum”, “artist” or “painting.” If you asked me to take it further, and put my limited lexicon into a meaningful sentence, I would flounder and instead gesture at an artwork in the hopes that my tragic attempt at charades just might capture the imagination of my unfortunate companions. (God forbid that such a conversation might take place without the presence of any visual props to point at.) But wait, you might cry, there are some art world terms that transcend Google Translate. The Italian “biennale” is one such example, but tell me this, how would you cope when trying to speak about the market in a foreign tongue? Or maybe negotiate a contract in a different alphabet? Alas, for most of my readers, they would fail miserably.

So how does the art world manage? A world that is transcending borders, time zones and cultures? Thousand of languages are spoken across the globe, and yet the artistic sphere seems to be predominantly English. Those trying to promote this very art world to a wider audience, are just now realising that press releases, catalogues and films need to be translated into multiple languages. In light of this, Gallery Girl caught up with Luna Jungblut, a translator and owner of Artlife Translations – a business that helps English-speaking professionals in the arts music and culture industry engage with French-speaking or EU audiences, offering translation, interpreting and subtitling services – to understand just how translation is contributing, and in fact benefitting, the contemporary art world. 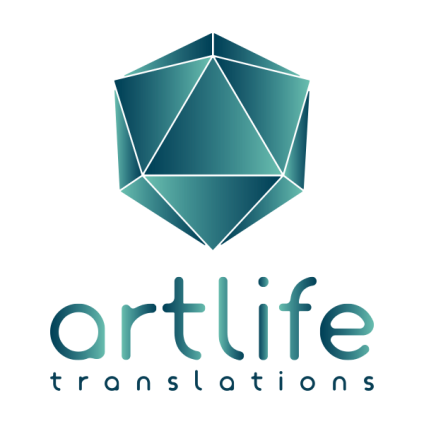 “Linguistics is a science, and yet it tells us about culture, past and evolution”, explains Jungblut, “It is at the crossroads between the intangibility of customs and heritage, and the very logical almost mathematical way that grammar dictates communication.” Jungblut, who has been translating and interpreting since leaving university in London, has lived and worked across Europe, collaborating with everyone from the British Museum to Patti Smith. “I was lucky to help in-house with the French version of the current audio guide at the British museum”, explains Jungblut, “I translated and proofread parts of the content, localized the user interface for the device and I was in charge of the final quality checks. What an honor!” Her subsequent role as interpreter for Smith happened when Smith held a press conference for her gig in Ronchamps, France, in Chapelle de Ronchamps, designer by Le Corbusier. Aside from this, Jungblut has also interpreted for world-renowned record producer Tony Platt (AC/DC, Bob Marley, etc.) during a masterclass.

But why are translators so important to the art world? “Our western societies have never been so inclusive. We are realising how precious diversity is and, even if that’s not always the case, I choose to think that a majority of people are letting go of old ways and eradicating more prejudices every day”, says Jungblut, adding, “The hegemony of English in the West means that a lot of large-scale museums or exhibitions have their content made for the English language. But non-English natives will probably miss important details…checking out an art gallery with explanations in your native language means that you will stay longer, you will increase the reach of the exhibition by telling your friends and leave satisfied, already planning your second visit.” 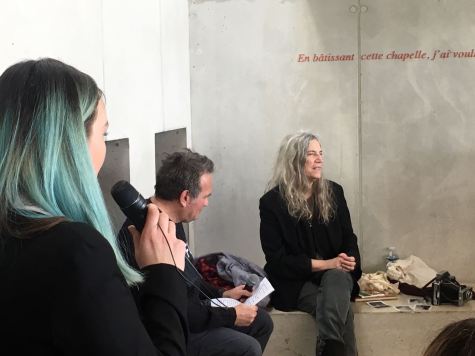 Luna Jungblut at the British Museum

While the arts are often visual, the addition of text provides explanation and understanding to something that can often be perplexing and difficult to interpret (even in your mother-tongue). Translation inserts another layer to this process, making a culture intelligible to another that can’t immediately read it linguistically. That said, a poorly translated text could have the opposite effect. “A bad translation could have a negative impact on the art institution”, explains Jungblut, “It could leave visitors feeling confused, disappointed or, in the worst case scenario, offended.” She also explains that it is important that the translator carries out several quality checks with a proofreader and stresses the necessity that they are provided with as much information on the project as possible, including target audience, visuals of the artworks and some insights into the exhibition’s purpose.

Jungblut’s projects have included interpreting for Kofi Annan and marketing translation for D’Addario, the largest musical instrument manufacturer, but she is not allowed to disclose more information about her clients. But what’s next? “At the moment I am finishing a large project for an indie art foundation in Switzerland”, she explains, “I am also getting ready to publish a historical novel that I translated from Cuban Spanish.” It looks like Jungblut is busy and, as the global art community becomes more inclusive, art-sympathetic translators are continuing aide institutions expand there reach across borders.

You can find out more about Artlife Translations here